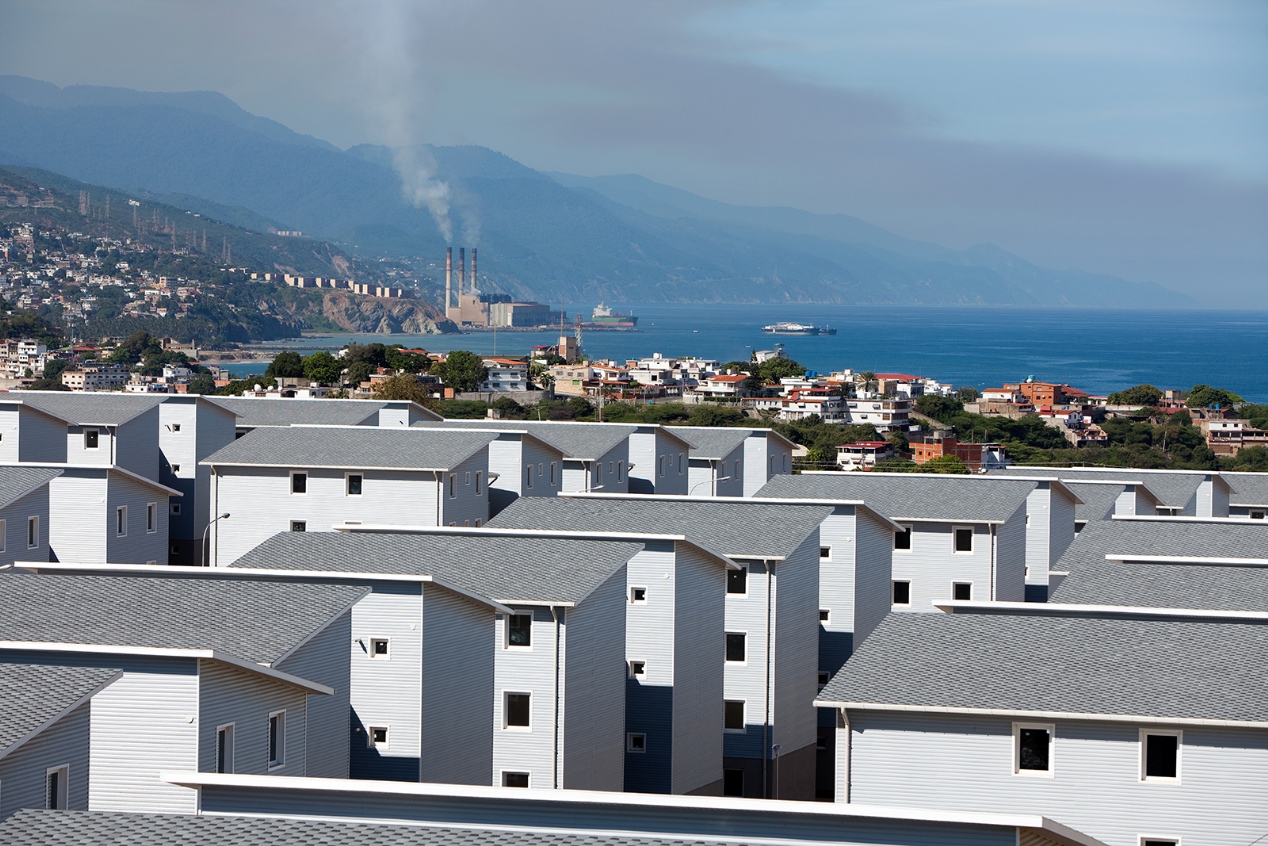 On a regular day of fall in 2010, my father (Founder and Honorary President of Summa, Mr. Mete Bora), called me and told that "how about working in Venezuela!”, he usually is known as a person of "creator of unique ideas and rational thoughts” but this time even I was surprised of what he was trying to mean.
"Everyone has to believe in destiny!”

One of my father’s long time friend; Mr. Faruk Sade, Owner of Siyah Beyaz Art Gallery in downtown Ankara comes to him and says that "a trustworthy friend of him has very good relations in Venezuela for future business opportunities”.

Upon a short conversation of my father with Mr. Faruk Sade, I happened to find myself in Caracas on 9th of December 2010 with Mr. Erhan Sengel, Mr. Memet Karaosmanoglu, Ms. Zeynep Kesiciler and the Consul of Venezuela Mr. José Gregorio Bracho Reyes going through meetings after meetings with various government officials without knowing anything what to expect at the end of this mysterious trip to Caribbean region.

The days in Caracas were passing quite strange since no one was able to tell us what to expect the next day. Everything seemed to happen in a coincidental way or it seemed to me like that. It took really some time to adapt ourselves to Latin American way of living.

After meeting Minister of Housing and Minister of Infrastructure I really felt like this was going a little slow and believe me, waiting at the lobby of Gran Meliá Hotel in Caracas, from 9 o’clock in the morning till 9 o’clock in the evening expecting a call or some sort of a program was really frustrating since there were days we did not hear anything at all. But few days later around 12th of December we were told that Minister of Foreign Affairs Mr. Nicolás Maduro wanted to meet us and the meeting really took place at his office in the wonderful historic building so called "Casa Amarilla” with the presence of Defense Minister Mr. Carlos José Mata Figueroa.

The meeting with the Minister of Foreign Affairs was excellent. He knew Turkey very well, he was impressed with what he saw in Turkey during his official visit in November. Especially, he was aware of the worldwide fame of Turkish construction sector. After half an hour of meeting with Minister Maduro, I felt like we passed the interview successfully.

Few hours after leaving the office of Minister Maduro, Mr. Bracho told us to change our plane tickets to open status for a possible meeting withPresident Chavez.

Few days later on 16th of December Mr. Bracho came to Gran Meliá Hotel and made us run to Miraflores Presidential Palace where President Chavez wanted to meet us. Our meeting took place at 2 o’clock in the afternoon for about an hour, (unexpectedly long but very very sincere) he was accompanied by Minister of Foreign Affairs, Minister of Oil, Minister of Infrastructure and Minister of Defence, where he took a decision to work with Summa. But of course he knew about our company from Russia and from Libya, he has really checked on us from his information channels of these countries of reference prior to our meeting.

After the meeting was over President Chavez took our delegation to Vargas, a neighbourhood near the Caracas International Airport where he wanted us to build social housing.

Today is almost 2nd anniversary of our meeting with President Chavez. And guess what! We managed to design and build 1488 units housing project within almost less than a year time after getting mobilised to a country of which we never had any experience before.
The motto of this project is: If you know a person long enough to trust, never underestimate his recommendations about a third party of reference.

Vargas is situated on the Caribbean Sea coast. Being one of the 23 Venezuelan States, it is located on the east coast of country and covers an area of 1500 square kilometers with a population of 340 thousand people, most of which are representing lower income groups.The natural disasters of recent years have caused major damage to the state’s already inadequate housing stock, thus forcing the public to dwell in unhealthy squatter settlements.


As part of the "Mission Vivienda” project, initiated by the Venezuelan Government’s plans to solve this problem, SUMMA company was handed over 200.000 square meters of land in the city of ‘Catia la Mar’. SUMMA was asked to convert this area, previously used as a parking area for long vehicles and machinery, into a settlement of 1488 housing units, with social and infrastructural services, in a period of nine months. It was in this scope that SUMMA contacted us, the architects, and we began working on the project in January 2011 in Venezuela.
Despite the great and urgent need for housing in the Bolivar Republic of Venezuela, the "Mission Vivienda” does not compromise on its Bolivarian socialist principles and adopts an analytical approach to new settlements and social housing projects. The actors involved in developing the projects are not limited to architects, engineers, clients and investors, but also include the well-commuted neighbourhoods of the Bolivarian socialist regime. Our initial contacts for the project were the Ministry of Housing and the Municipality of Vargas, who brought us together with a neighbourhood council following our first site visits. This was an exceptionally interesting encounter for us as designers. While the client for a social housing project is usually the state itself, in this case, the Bolivarian Republic shared this role with the future inhabitants of the project, and consulted their aspirations regarding the sort of settlement and environment they would prefer.

Our meeting with the neighborhood council, and their presentation of a model they had prepared together provided us designers a significant chance in understanding the user profile of the project. Both the neighborhood representatives and the government officials expressed that the project’s social facilities were as important for them as the housing units themselves, and informed us on how they desired the schools, nurseries and hospitals to be designed.

Following the meeting, during our continuous contact with the architects from the ministry of housing, we were advised to develop three different housing types of 1+1, 2+1 and 3+1 rooms. Discussions on building techniques led us to decide on low-rise blocks (ground floor + three storeys). Resting on collected data, three different housing types were developed in the form of four storey blocks withan outdoor central stairway leading to four units on every floor. The housing demand for the site called for an inevitably dense use of land, however this was natural for the people living in a climate that enjoys summer all year round. Social gathering in narrow and shaded outdoor spaces is a very important part of community culture in Vargas.

Design Criteria was based on:

Transportation routes were located in accordance to plan decisions of on a larger scale, and took the form of roads crossing the site from the East-west and north-south axis.

The effective use of given data, has provided a chance to enrich and refine the project, despite the fact that housing types were pre-determined. The variety of social facilities has offered a particular asset in enriching the uniformity of housing types and building material.

The housing groups have been arranged in sets of sixteen clusters, with each set separated from the other with cul de sacs. In order to take advantage
of the relatively larger scale of the 3+1 housing blocks, two of these blocks have been placed at the starting point of each housing set, thus forming a courtyard layout. These courtyards provide safe and well-defined outdoor activity areas and gardens in which inhabitants may socialize and children can play, thus fulfilling a requirement emphasized by the neighborhood councils. The courts have direct access to a pedestrian route that runs along the northern- southern axis of the site, thus forming a transition of public-semi public-private spaces.

This pedestrian route also acts as a main artery connecting the community centre, nursery, polyclinic, children’s playground and sports areas. These social facilities, all designed to suit the local climate, have entrance spaces which also offer use as communal areas or outdoor activity areas. As the high school, primary school and polyclinic are intended to serve neighboring areas as well, they are located on the main streets.
This new urban project, which will house five thousand inhabitants, marks a success of re-accommodating families who have left rather harsh living conditions behind.

No doubt the biggest share in this success is that of the Venezuelan Government, whose initiative and determination made it possible to achieve this goal. SUMMA company, highly-acknowledged for its successful overseas projects, has not only fulfilled its contract under demanding circumstances, but also provided the architectural design team with all necessary support in producing the project at its best. 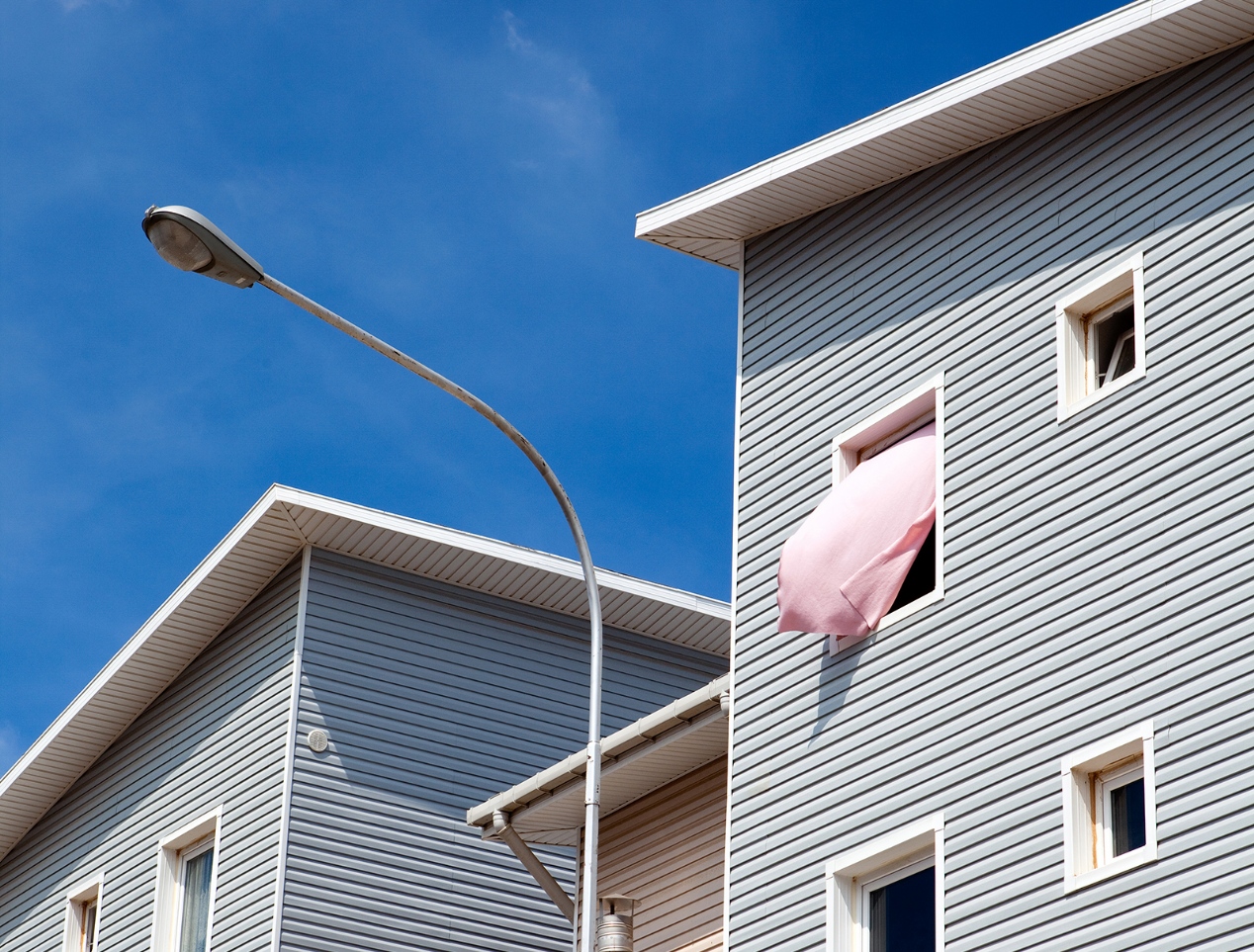 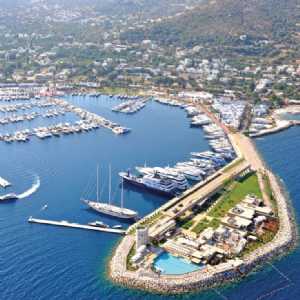 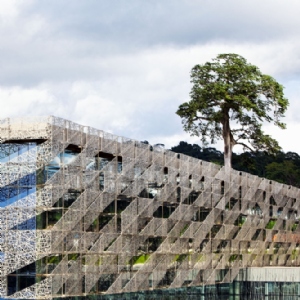